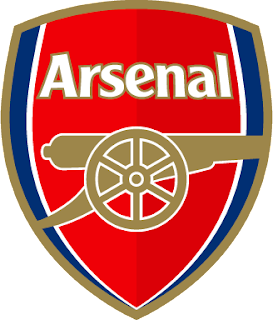 Arsenal were formed in 1886 as Dial Square before becoming Royal Arsenal, Woolwich Arsenal and finally Arsenal. They began playing in South London but eventually moved to their present site in 1913. Arsenal hold the record for unbroken years in the top division having been there since 1919.

The legendary Herbert Chapman brought the glory years to North London during the 1930s when the Gunners won the league championship 5 times and the FA Cup twice and although the 1940s brought more trophies, their finest hour didn't come until 1971 when they became only the fourth team to win the league and FA Cup double.
Under George Graham in the late 1980s and early 1990s, they became known for resolute defending and grinding out results, earning them the tag of "Boring, Boring Arsenal", but also plenty of silverware.
After he was forced to quit over 'bung' allegations, the Gunners faltered in the mid 1990s, and it was only when Arsene Wenger arrived that they began to be a force to be reckoned with again. They won the league and cup double again, both in 1998 and 2002, and retained the championship in 2004.
Although they missed out on it in 2005 and their record unbeaten run ended after 49 games, they did manage to win the FA Cup. In their final season at Highbury, they almost celebrated the end of the old stadium in style as they battled their way to the Champions League final, though they were beaten 2-1 by Barcelona. Now they begin life at the Emirates Stadium.