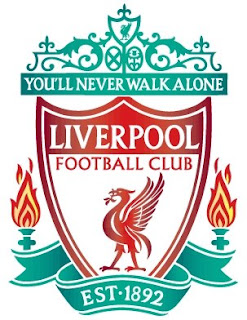 After the tragedy Liverpool went on to claim the FA Cup against Everton and lost the league on goal difference to Arsenal. After Liverpool won the 1990 league trophy the team has gone into decline. Kenny Dalglish under much strain left the club with an ageing side which Graeme Souness tried to change in one fell swoop. The changes didn't all work at once and also saw the demolition of the bootroom at Anfield. His reign as manager saw himgain on FA Cup final win in 1992 over Sunderland after heart sugery.
However he also sold his story to a newspaper not worthy of naming, suffice is to say they peddled lies about the Hillsborough disaster. After some time though he failed to progress the team upwards and after defeat to Bristol City in the 1994 FA Cup he resigned.
Roy Evans took over for what was seen as a return to the old bootroom days but only had one League Cup win to show for his work in 1995. Roy was a nice man but just couldn’t move the reds to their former glories. After some time in charge and coming close to restoring the former glories a dual partnership was setup between himself and Gerrd Houlier. This was done in time for the 1998-99 season but after just 12 games and four wins Evans resigned to leave Houllier in sole charge. Since taking over sole control Houllier has made moves to change the philospohy at the club. After a disappointing finish to the 99-00 season he has brought more players to the club and he was rewarded with a cup treble in 2001.
The club managed to oversee the first cup treble in the English game. Wins in the Worthington Cup, FA Cup and UEFA Cup saw the reds lift the three trophies. Coupled with this was the third placed finish in the league which has ensured they get a chance to qualify for the Champions league next season. Following the qualifying round the reds entered the Champions League proper and progressed to the quarter finals before losing out. However season 2001-02 will also be remembered for the illness to Houllier. Following the Leeds game at Anfield he was given major heart surgery and didn't return until the game against Roma at home. In the interim period Phil Thompson took charge of the team.
At the end of the season the reds had done nothing to retain their two domestic cups but did make progress in the league. They finished with more points than ever before in the premiership and made second place which brought about automatic qualification for the Champions League.
The Champions League exploits of the 2002-03 season saw the Reds drop out at the ed of te group stage and go into the UEFA Cup where Celtic knocked them out. The season also saw the Reds fail to make the grade in the league. Expensive imports such as El Hadji Diouf was brought in and simply never lived up to his price tag. Despite poor form the Reds were left in line for a Champions League place but a last day loss at Chelsea saw the London side finish fourth instead of the Reds. The Reds did however win the Worthington Cup at Cardiff again.
It all meant UEFA cup football the followingterm but again poor form followed the Reds with poor management. Gerard Houllier was visibly suffering torment in the game and despite taking the fourth Champions League slot the Reds were left even further adrift from the top three. Big changes were needed.
Rafael Benitez now manages the Reds for the 2004-05 season following the sacking of Gerard Houllier at the end of the 03-04 season. Djibril Cisse was brought in for a record £14 million as a lasting legacy of Houllier whilst Benitez brought in Garcia and Alonso whilst discarding the likes of Owen and Murphy.