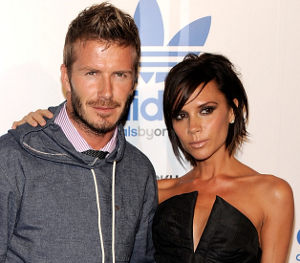 Curious who the best couples a Hollywood actress in 2011? E! recently Online released a list of Hollywood's best mate in 2011.

Although buffeted by rumors Justin Bieber for allegedly impregnatesMariah fans Yeater, his relationship with his girlfriend Selena Gomezunshakable. Both are in fact often show affection in public. While attending the American Music Awards 2011, the singer hits 'Baby' was alsoaffectionately kissed his girlfriend on the red carpet.

Since getting married on 29 April 2011 then, the couple Prince William &Kate Middleton has always been talk for intimacy both. Because many areexpecting them to have offspring, various rumors were coloring their love story. Kate never even rumored pregnant with twins miscarriage.

This year the couple Beyonce Knowles & Jay-Z was happily awaiting the birth of their first child who is rumored to women. They also seem to seemimpatient and become more romantic.

The couple David Beckham & Victoria Adams was always warm andinteresting to be discussed. Both are very harmonious relationship andromantic, especially since they were blessed with a daughter namedHarper Seven. Perfect!

Although age has been 50 years stepping, actor George Clooney stillcharming. After splitting from his girlfriend Elisabetta Canalis, now he islove with an actress, model and former wrestler Stacy Keibler. Their relationship was so warm conversation lately. Stacy indulgence inromanticism often when alone with George through his personal Twitter account.