Lebak South Coast, has a beautiful panoramic view and natural 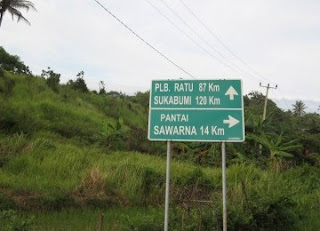 South coast Lebak, Banten province, has a beautiful panorama and unspoiled so that it can bring in domestic and foreign tourists. Believed, panoramic south coast was not inferior to the beaches of Bali if there are investors to invest in coastal waters of the Indian Ocean.
Lebak south coast has its advantages, among them the waves large enough and suitable for playing windsurfing, there are no trash. Although the south coast has not been phenomenal, but from the panoramic beauty and eco-tourism, the beach is worth a tourist destination.
Panorama south coast which has the attraction, of which Coral Coast Taraje, Sawarna, and Pulomanuk. Along the coastal cliffs that look similar to the staircase lined the shore, adorn the panoramic beach and make the tourist attraction for visitors.
In addition there are large trees that spread toward the coast are also rare birds chirping. And optimistic, if there is capital to open a business owner will certainly boost the tourist beaches domistik and foreign visitors.
Indeed, the potential of the south coast tourist attraction has not yet been explored to the maximum by the government, because the conditions are still poor infrastructure, like roads, electric, water, markets, inns, hotels and others. That way, tourists from outside the region and abroad lazy to visit this valley to the south coast. It is expected the government to build roads, electricity, clean water to boost tourists.
Ditulis oleh Sugeng Pribadi pada Kamis, Desember 29, 2011