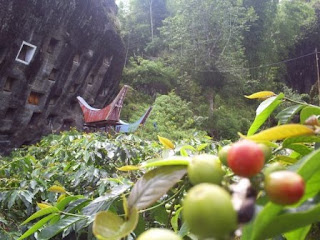 Type of tourism which is roughly what would attract foreign tourists in 2012? According to data from global consumption patterns are presented the Minister of Tourism and Creative Economy: Mari Elka Pangestu, 27 percent of global consumption of tourists is the health and religion. Meanwhile, the rate of consumption is the largest recreation.

Therefore, the construction of hotels and convention buildings, up to tourism activities should be thinking about the environmental aspects of sustainability. For example, diving activities, there are currently planting coral. For other examples of tourism development, is related to the creative economy. One of them by working on the festival.

Because, an important festival for the appreciation of the creative industries. If the festival is looking for people, the festival became the destination and bring in tourists. Sample only Java Jazz Festival, which was considered the greatest jazz festival in the world and able to bring in foreign tourists.

Besides, who needs to be seen as important is the culinary creative economy to tourism. Like a dream Mother Ministry, culinary Indonesia could be the entrance. Because our country has to come out of culinary icons. Maybe it could with Rendang Pandang, to be specific. Then there is Kopi Luwak, Toraja coffee, fried rice.

Some places in Indonesia, for example Serpong, could become the culinary center. Although, there is need for service standards and quality not only for restaurants, but also to the "Lesehan" restaurant.