A Necessary Evil for Search Marketers? 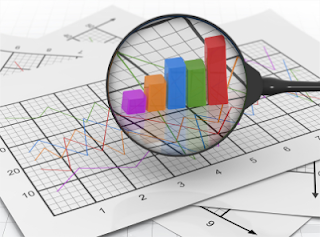 A few years ago, I read a good article by Canadian SEO Melanie Nathan called "The Reciprocity Link Building Method" in which she outlined a technique she sometimes used to build up high-quality links for her clients' websites. The gist, as I understood it, was to first find a website that would be good for your client's site to link to. Then you'd click around to see if any of their current links were broken (went to dead pages or sites). If you found some, you'd use this information as an opening to start a dialogue with the site owner or webmaster, and eventually mention your client's site as a substitute for one of the broken links. I thought it was a very clever idea, a great way to make contacts in your client's industry, and a win-win for everybody involved.

More recently I saw another article on this topic by Nick LeRoy, a search marketer in the Minneapolis area. Nick talked about the same basic technique Melanie had mentioned, and added a real-life example email he had used. In his example email, he mentioned to the webmaster that he had a favorite site from which he liked to purchase stuff for his son on birthdays and holidays. Nick again mentioned "his son" in a follow-up email, saying that he liked the products at this particular website because they made his son think.

All sounds good so far, right? Except that Nick doesn't have a son!

"Nick, I didn't know you had a son (as per the emails requesting a link). If indeed you don't, are you suggesting that people create a trust relationship with these webmasters by lying to them?"

Lots of comments ensued, which I encourage you to read over at Nick's site. For me, what he did was certainly not ghastly, but the situation does bring up a ton of questions.

Was it necessary to lie? Isn't that sort of thing exactly what gives marketers in general (not just search marketers) a bad reputation? Couldn't he have done things exactly as he did without the lie?

I contend that he could have.

Nick claims that telling the webmaster that you're looking for links on behalf of a client has less of a success rate for securing the link. It would certainly be interesting to test that theory, and it may very well be true. But even if you get fewer links out of it, that doesn't justify lying in any aspect of business--or in life. (Are they really two different things?)

Lying in any form is deception.

Which brings up another point: As the boss of someone using this technique, how would you feel about it? If your company culture is one of honesty, then any form of deception within your business should be a no-no. I can tell you that if I found out that an employee of mine did this, I would be very disappoínted in them and explain why we don't use deceptive practices. I would also wonder why I had to explain such a concept to an adúlt.

And what about the client?

Did they know that their search marketing company was using deception in order to obtain links? Is their company culture such that it's not a problem for them? Or did they not even know exactly how their links were being obtained? If you're being deceptive on your clients' behalf, one would hope that you get their permission and written sign-off so it doesn't come back to haunt you at some point.

Personally, if I hired a company to perform a service for me and they did it in a way that involved any form of lying, I would wonder what else they were doing that was deceptive. Were they overcharging me? Did they even have the skills they claimed to have?

Not to mention the unsuspecting webmaster on the other side who gave out the link.

How would they feel later to find out they were duped? Would they have a bad taste in their mouth for not only the marketing company, but for the company they were linking to? What if they felt so duped that they decided to go public on social media with the information? How would the client like the technique if they ended up with a reputation management nightmare?

Surely I'm being dramatic here, because we're only talking about a little white lie. But does the size or color of the lie make it any less deceptive?

And we are talking specifically about link building here. There's a reason that I dislike it and don't do it. As far as I'm concerned, link building in and of itself borders on being a deceptive practice because it's usually done to secure a fake "vote" for a website. It's an industry that shouldn't exist, and wouldn't exist if Google didn't place so much weight on links. If it weren't for that aspect of Google's algorithm, we'd have website owners giving and getting links for the right reasons, with a lot less deception (and payment) going on behind the scenes.

We can debate ethics forever and néver come to a consensus because they are often seen as situational. What might be unethical in one situation might not seem so unethical in another situation. Certainly, life-or-death situations are not the same as marketing ones. If a lie is going to somehow save someone's life, then by all means, please lie your head off!

But marketing isn't a life-or-death situation.

Lying and deceiving to seek someone's favor is generally agreed upon by most cultures as being wrong.

This is not a "black hat vs. white hat" issue.

It has nothing to do with hats. When it comes to search marketing, I don't care what techniques you use or what methods you use to gain more targeted search engine visitors. I don't believe that there are techniques that are more or less ethical than others. I don't care what Google puts in their Webmaster Guidelines, because there's no reason to need to know. If you fundamentally understand that all Google cares about is that your website isn't being deceptive in some manner, then you can't run afoul of them. They have to know that they can trust the information contained on your site and the information that you provide to Google. Nothing more, nothing less.

So many ethical conundrums come down to one simple question:

Is it deceptive or not?

I worry about search marketers who believe that deception is a necessary part of their job if they are going to get results. It's not only incorrect, but a sad commentary on our industry and perhaps our world.